We’re Not in Mayberry Anymore

As a school coach and college educator, I have had many opportunities to observe struggles and successes in schools across the country. I have been lucky enough to connect with peers from coast to coast, working in both urban and rural settings, fighting the good fight day after day. After centuries of inequity, I’m heartened to see students and teachers in urban areas finally getting the attention and resources that they have needed for so long. It’s much too little, much too late, but at least it’s a step towards rectifying long-standing injustice. As the product, supporter and member of many rural systems, however, I have found myself listening to and echoing the challenges described by my urban colleagues. Unfortunately, I’ve discovered that we have become mired in an “either/ or” mindset- either we pay attention to the needs, challenges and possibilities represented by urban students or we do the same for rural students, but we simply can’t do both. Myriad funders, publishers, and academics listen politely and then point out that my students, my schools, my educators simply weren’t “urban enough” and therefore didn’t qualify for the project, the program, or the grant opportunity. Simply put, in an either/ or world, rural kids and schools didn’t count. When most people hear the word “rural,” they tend to envision Our Town, or perhaps a Norman Rockwell scene, or even Mayberry. 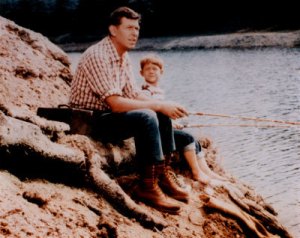 The assumption is made that rural schools have it easy- they’re small, they serve fairly homogenous populations, they are based in tightly knit communities in which the parents and the teachers know each other well and sit side-by-side at football games and church suppers. The specters of gangs, violence, poverty, isolation, ignorance and bigotry seem impossible in this vision of a pastoral utopia.

My experience and research (not to mention the fine work of the folks at theThe Rural School and Community Trust) tells another story- a story of not only joy, connection, and history but also of quiet loss, loneliness, injustice and fear.quiet loss, loneliness, injustice and fear. Small towns where the community lives and dies through the school, where the loss of the elementary school can be too much for a community to bear, where families either flee in desperation or cling beyond rationality, all of these places make up the “rural” world in which I reside.

There are, however, other “rural” worlds. According to official U.S. Census Bureau definitions, rural areas comprise open country and settlements with fewer than 2,500 residents. The Office of Management and Budget (OMB) defines or metro areas as core counties including urbanized areas, and outlying counties that are economically tied to the core counties, with rural being everything else. Agencies outside of OMB tend to designate non-metro counties as being rural or small town. All of these definitions together tell us, well, not much about what makes a student, or a school, rural.

I use a much looser definition of rural-ness, one in which rural is very much in the eye of the beholder. “Rural” is, for my purposes, a culture and a belief system that is colored largely by geographic isolation, consistency and uniformity of culture and population, and strong ties to history of place, land, and community. Students in Laramie, Wyoming (a metropolitan area by OMB standards) could very well identify themselves as rural simply by virtual of the fact that they live in Wyoming, a region that harbors many of these values.

One would hope that the goal of those working in schools would be to represent diversity in voice, experience, perception and subject. To stimulate conversation and reflection about the commonality of experience, so that all of our children can be honored for the uniqueness of their gifts, their experiences and their lives.

This entry was posted in Uncategorized. Bookmark the permalink.